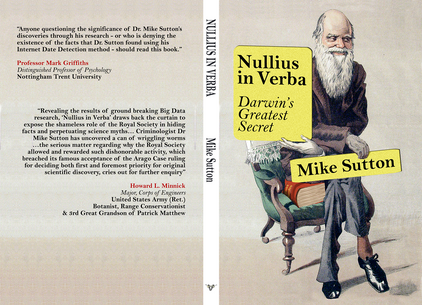 Read the newly discovered paradigm puncturing facts about who really did read Patrick Matthew’s (1831) prior published original conception of macroevolution by natural selection before Darwin and Wallace (1858) and Darwin (1859) replicated it. See the proof that Darwin deliberately lied in his own defence by claiming Matthew's original breakthrough went unread until after his supposed independent conception and, otherwise, amazing replication 27 years later. 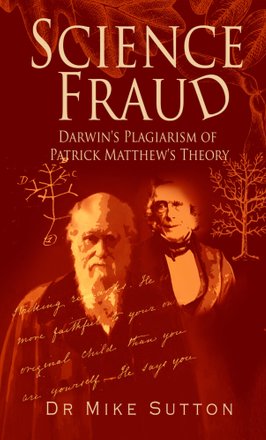 Nullius in Verba, the 500 word e-book (currently unavailable, but will be in the future) and Volume 1 paperback are specialist books for academics who need to know in order to accurately cite the published provenance original work and sources that led to the evolution of "Science Fraud: Darwin's plagiarism of Patrick Matthew's theory" This latest and much updated and improved Dr Mike Sutton book is recommended for both specialist and general wider readership. "Science Fraud" is available from the leading edge science publisher Curtis Press from 12 February 2022. HERE

We are a publishing group of experienced academic publishers and university academics. Vae Victus is based upon a unique model that exploits the latest publishing technologies for peer reviewed articles, monographs, academic text books and licensing author's lecture materials.